If you've seen my portfolio you'll know that I like Carmageddon, in fact I like it so much that a lot of it is comprised of fan art or original designs of vehicles from the series. Not sure where I'm going with that, yes, right, Carmageddon!

Everyone who has played the game will know the iconic Red Eagle and its psychopath driver Max Damage. Having followed the work of Stainless games on the latest Carmageddon game (Carmageddon Reincarnation and its re-release titled Carmageddon Max Damage) I'm not stranger to having contact with the developers and I always love finding out about cut or altered content in games and why developers and designers make the choices that they do. Putting those things together pushed me to find out about a very early Eagle IV model that was created for Carmageddon Reincarnation. Like with a lot of early concepts, this particular design didn't even make it into the pre-alpha early access release. A top down screenshot featuring the car was released very early on and nobody saw it after that. It was soon redesigned into a brand new car - the Eagle R, which received only very minor cosmetic tweaks by the time the final game shipped.

Here's where I come in, from the top down screenshot I thought the car looked very interesting and wanted to see more. A little after the games release a forum user found the following image: 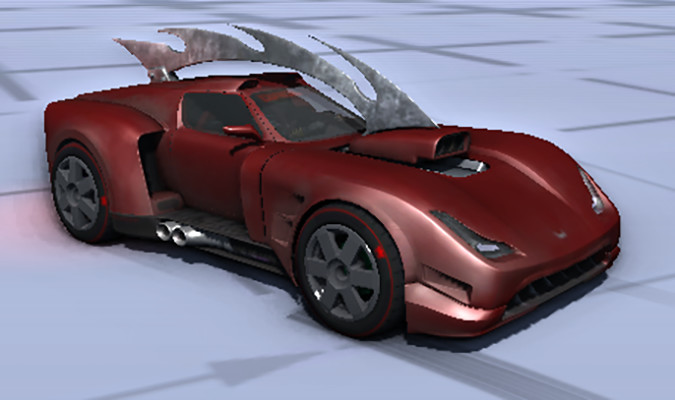 It was small and very obviously a screenshot of the game well before a pre-alpha release was even on the cards, but it did give a glimpse into what the devs were thinking when coming up with a design.

Fast forward a couple of years and I'm interested to revive the model and make a mod car out of it for Carmageddon Max Damage. I decided to message one of the gentleman responsible for the designs in the original Carmageddon as well as Carmageddon 2. He kindly supplied me with the early eagle model(Thanks Nobby!), aptly named the "Eagle IV". Luckily for me it was already unwrapped so all I had to do was put some textures on it and rig it up so that people could enjoy it in its original unaltered state. Anyway long winded story aside, here's what came of it, and I was allowed to use the model in my portfolio. 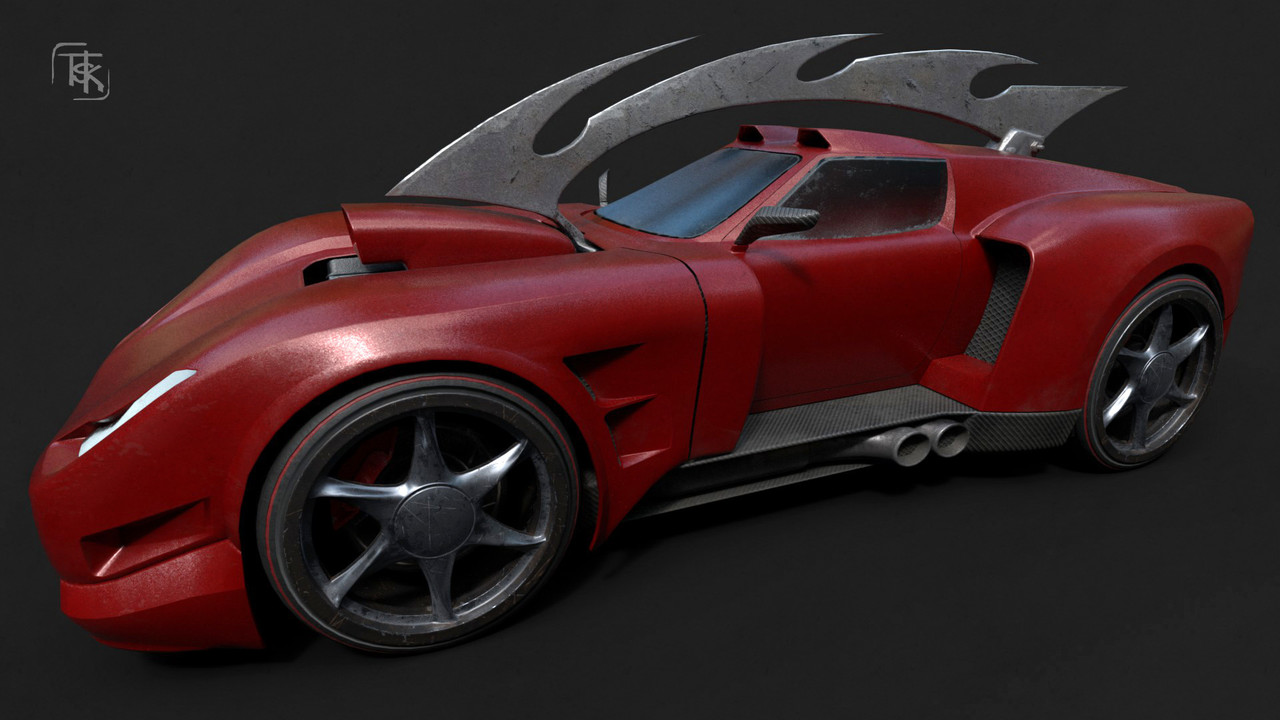 At the time I thought it was fine right, it looks a bit like it was made for a mobile game, not a 2016 PC release, but either way I can't fault the developers or myself for that, the car was scrapped so I worked with what I had. As the months rolled by and I kept seeing it over and over in my portfolio I got an itch to do a redesign. I always wonder what is it that makes people start over, its just an interesting thought but seeing that very early top down screenshot got me sparked and I honestly thought the car would look a lot better than it did in the end. So I've taken it upon myself to work with this design and see what I can do to make improvements. The foundation is there but I really just wanted to massage it and see what would happen if I tried to push someone else's idea without starting from a blank slate, which is what usually happens with all my designs.

Using no reference in particular I've come up with something I like a whole lot more than the cartoonishly proportioned image above. By no means am I saying that my design is 'better' objectively, its just something that speaks to me more. Here are some test renders with just some basic materials, I won't go into detail on what I've changed, the images can speak for themselves. 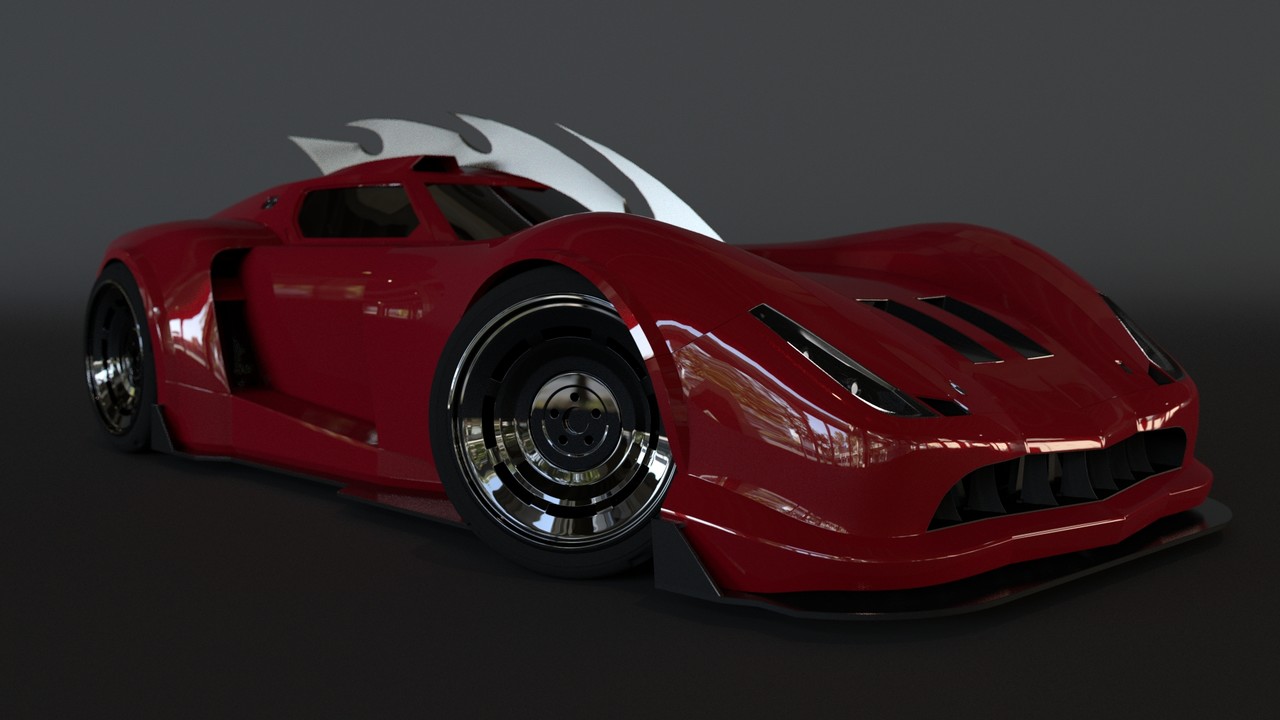 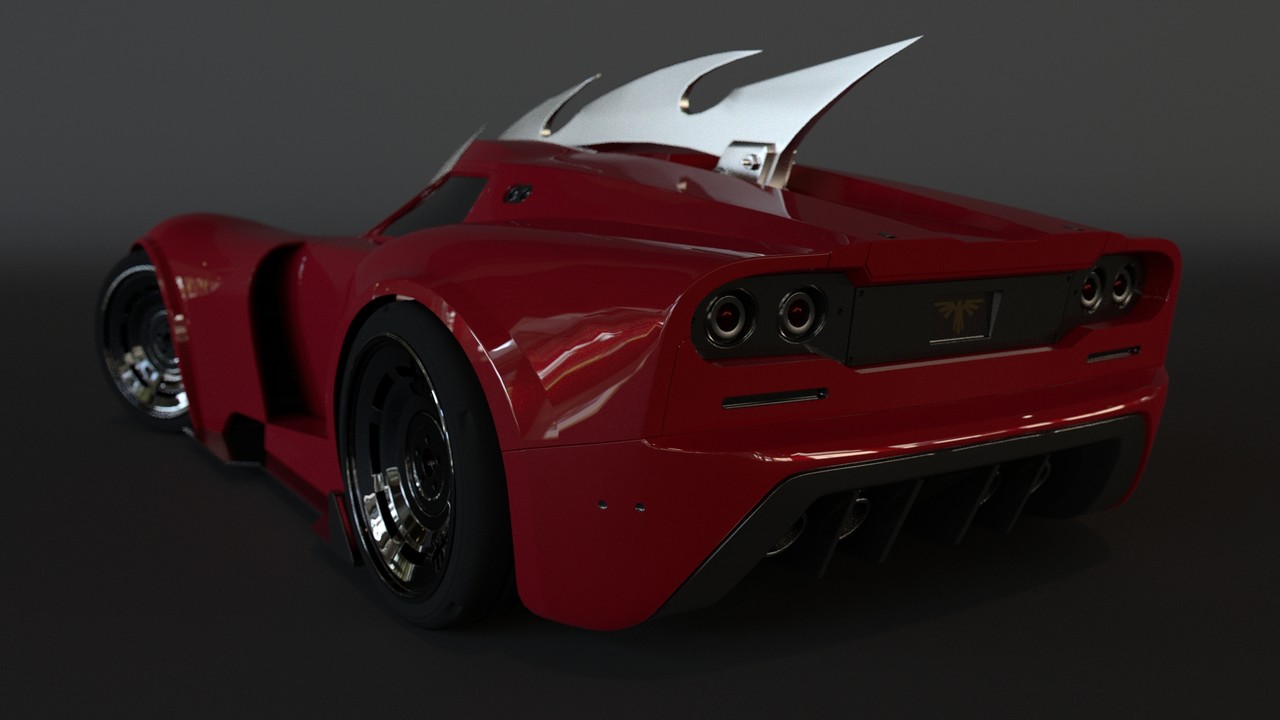 Considering its a game res car it actually holds up rather well under ray traced lighting. Anyway that was a long story, more finished and polished work coming soon. This car has actually taken quite a while to do considering it has a full interior, engine, underbody and all the bits you mostly dont see on game cars as they have no need for them. The aim for this project is to stick it into UE4 and get to grips with blueprints, maybe do a little environment while I'm at it.

If you've made it this far congratulations, I shall award you with some baked goods.

TLDR I redesigned the early Eagle IV from Carmageddon Reincarnation.