It's been quite some time since I've written one of these, and my current personal project is taking a really long time so I may as well throw some of the progress up here.

I've been working on and off on this Eagle IV project for months now and at long last I'm starting to make a push to finally finish it. Here are some progress shots from a couple of months back: 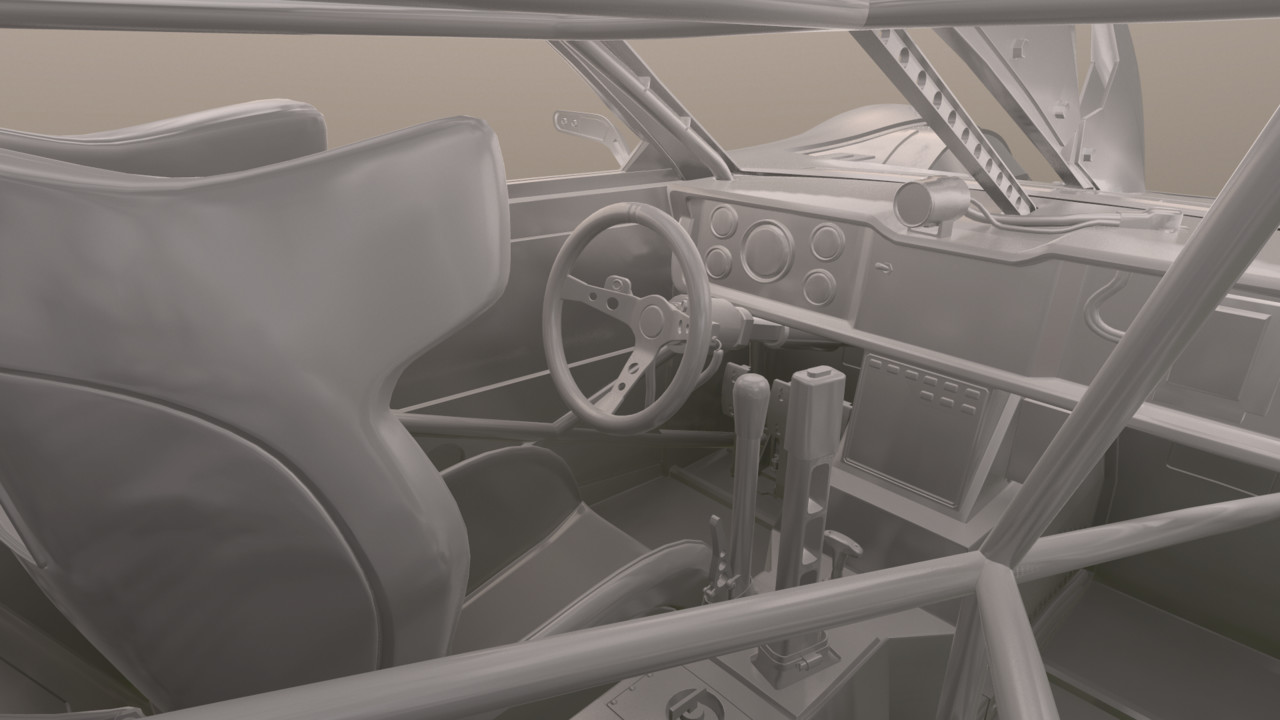 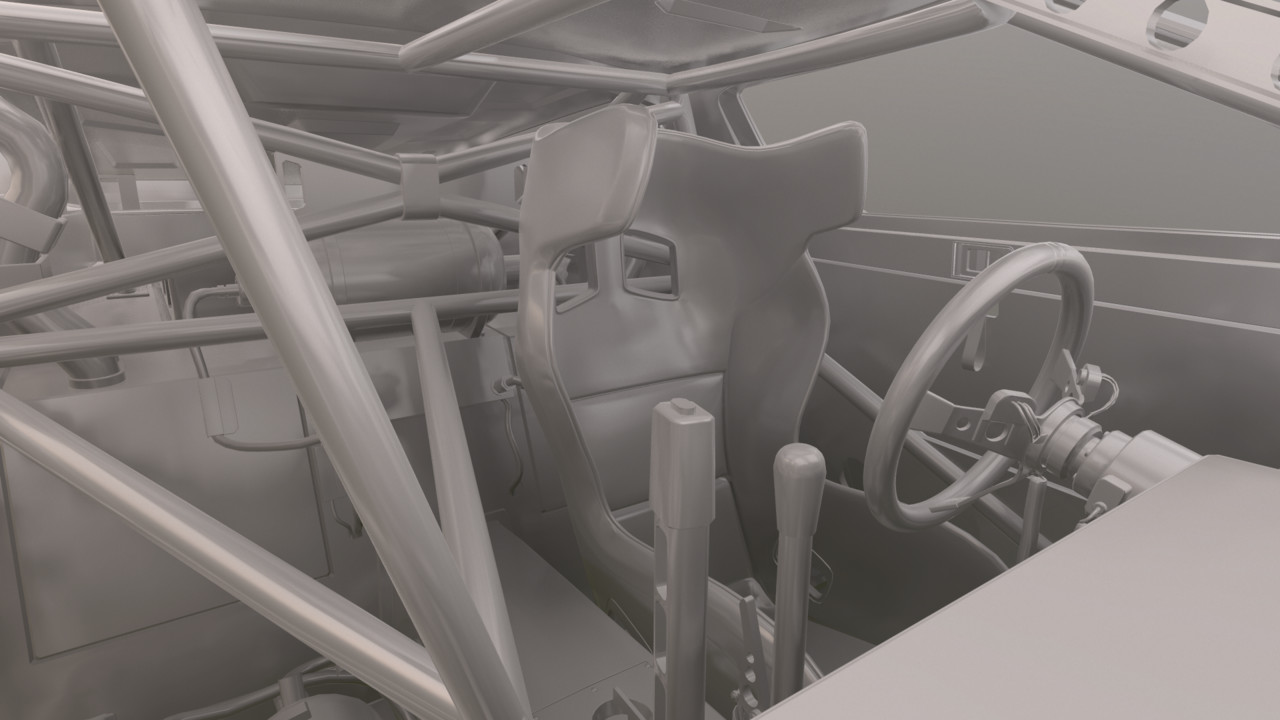 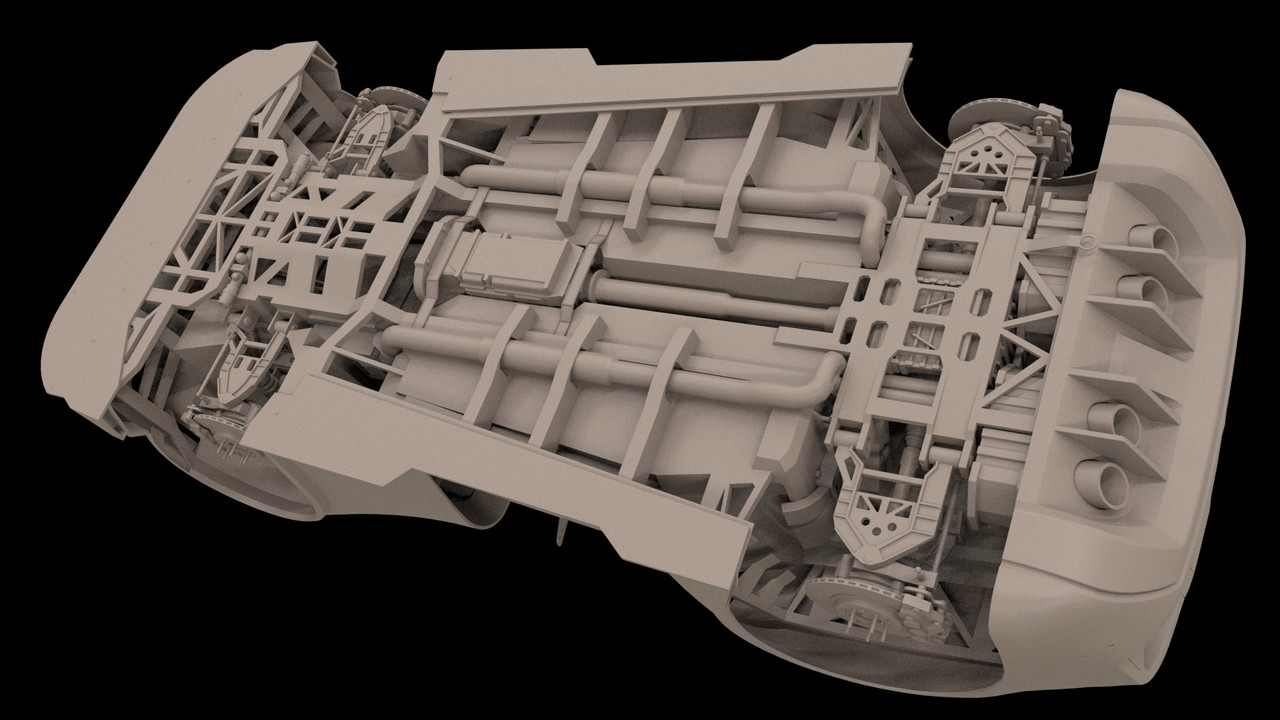 Since then I've been busy combing over all the bits and pieces and came to the conclusion that the underside was not only extremely busy on the eye but also a massive pain in the neck to UV with all of the crossing beams and such. This would also leave a lot of ugly hard edges which in this case wouldn't be such a bad thing but since I've decided to go all out I thought that it would a good place to start to try and fix things. 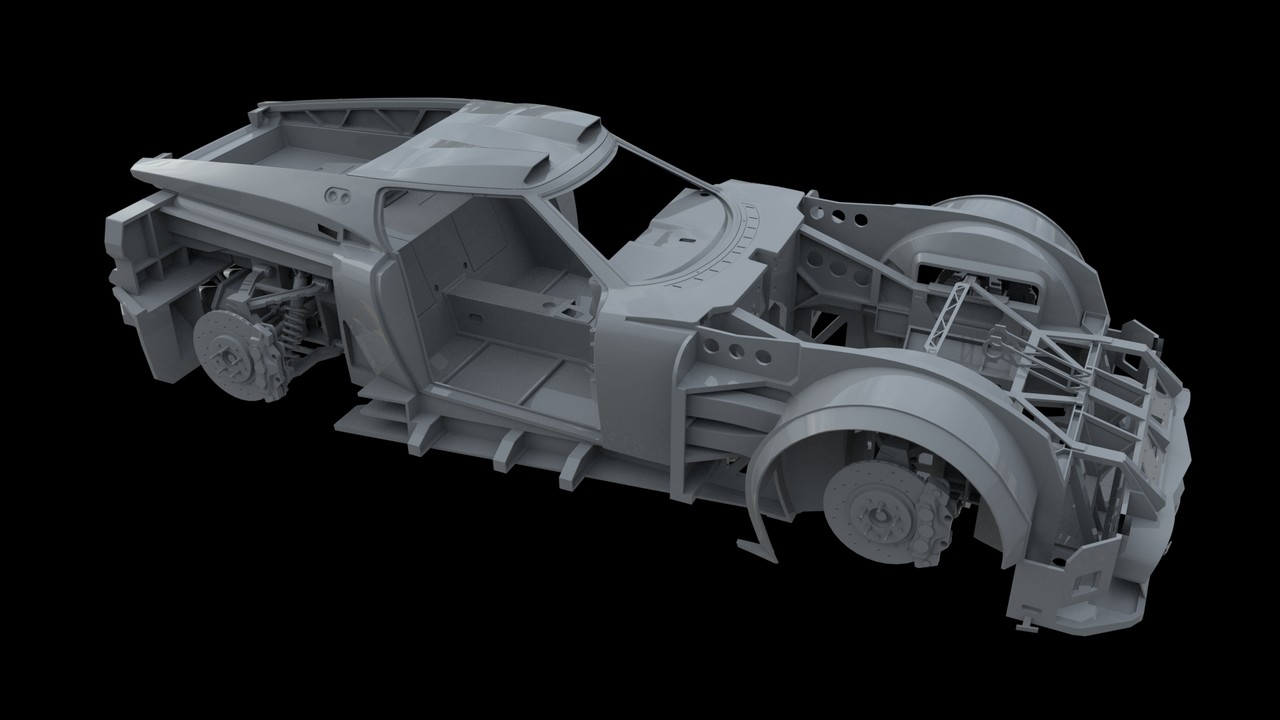 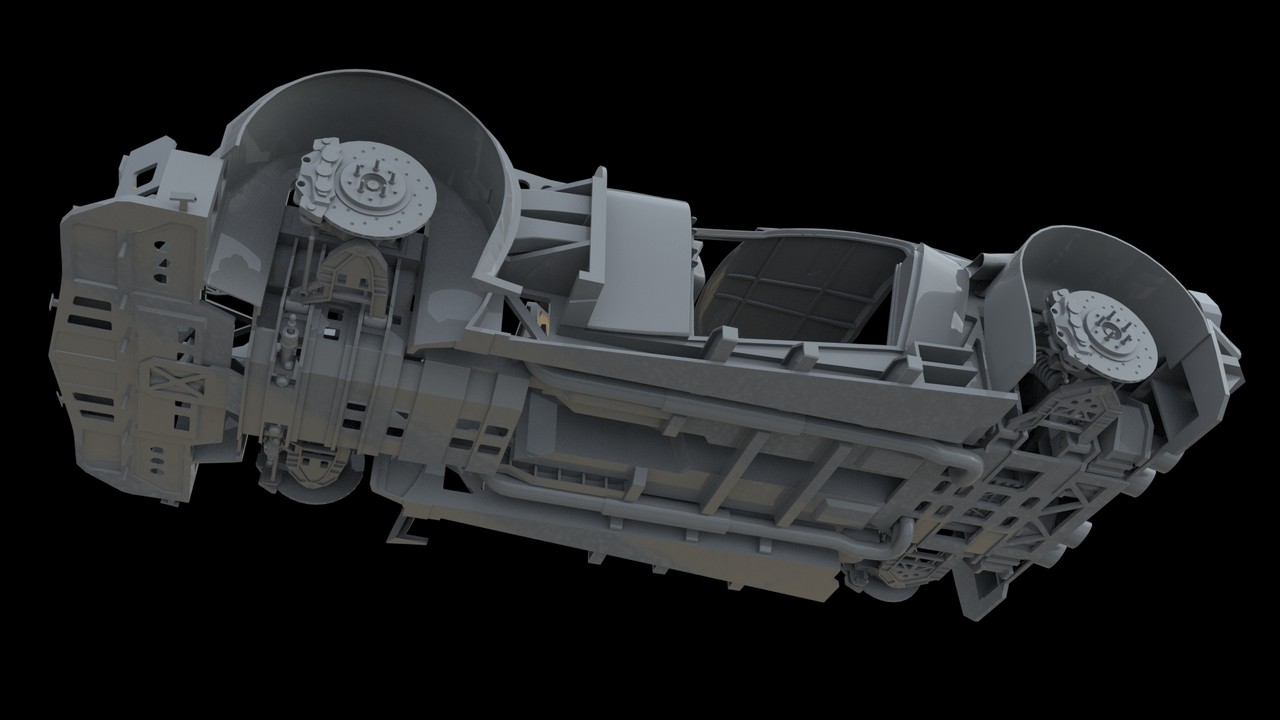 Not only is this easier on the eyes but also its going to be a lot easier to UV. Another added benefit is that I've decided to split the underbody and have a front and rear subframe which will make it easier to work with and will allow me to reuse the subframes for another variant of the Eagle that I really want to finish, the well known Eagle MK 1 from the original 1997 Carmageddon.

Texture work has started and I'm done with the engine and transmission as well as getting the majority of the bakes out of the way. There's lots of other small tweaks since then like an improved seat, steering wheel buttons and just overall a more believable look to the whole construction. I'm hoping to finish this whole thing soon , honestly I do feel like I've been stuck on this too long. Anyway besides the huge time investment I do feel like I've learned a lot more about the inner workings of cars along the way, most of which I never ended up needing for this particular build but still all the knowledge will come in handy in the future.

Lastly here's a quick test render of the engine in Redshift, excuse the missing pieces (still finalizing the textures so repeated elements are not duped yet) 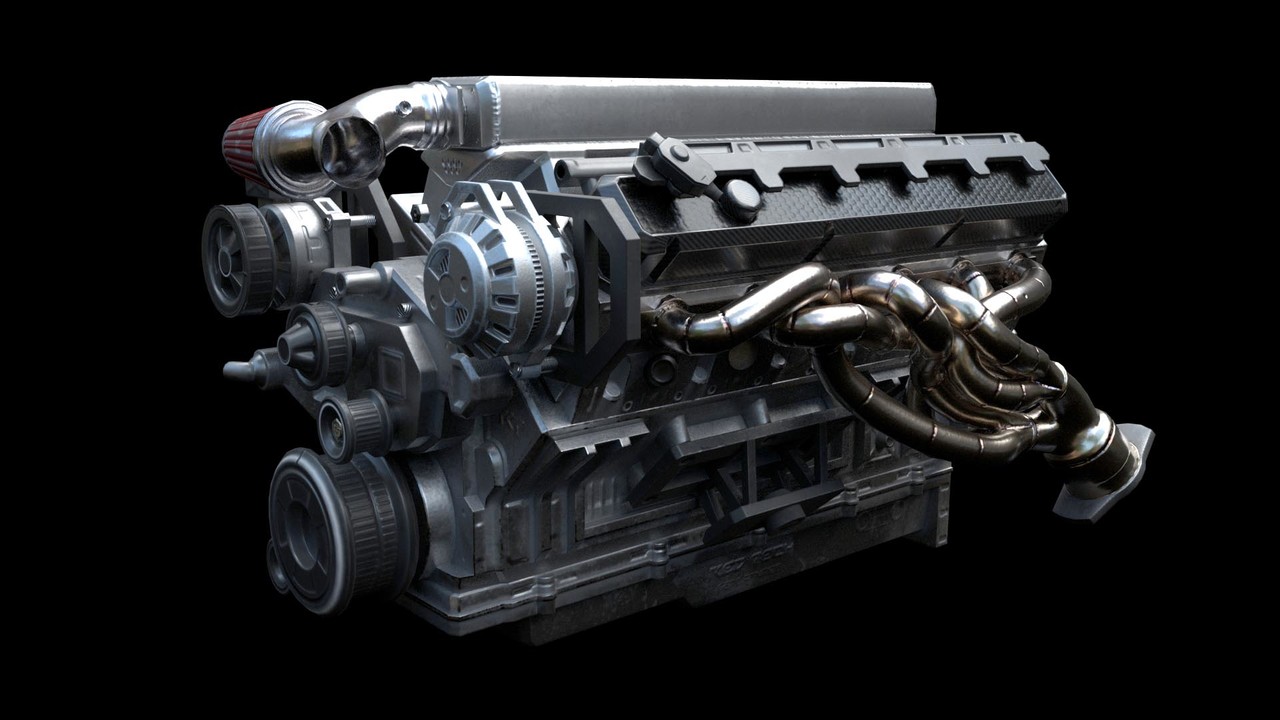